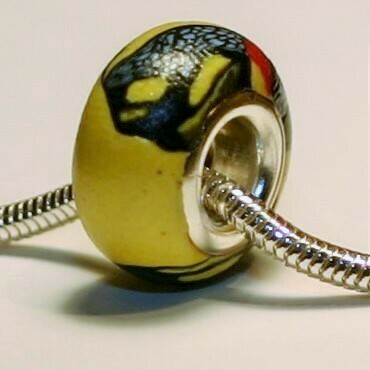 The Eastern tiger swallowtail (Papilio glaucus) is a species of swallowtail butterfly native to eastern North America. It is one of the most familiar butterflies in the eastern United States,[3] where it is common in many different habitats. It flies from spring to fall, during which it produces two to three broods. Adults feed on the nectar of many species of flowers, mostly from those of the Apocynaceae, Asteraceae, and Fabaceae families. P. glaucus has a wingspan measuring 7.9 to 14 cm (3.1 to 5.5 in). The male is yellow with four black “tiger stripes” on each fore wing. Females may be either yellow or black, making them dimorphic. The yellow morph is similar to the male, but with a conspicuous band of blue spots along the hindwing, while the dark morph is almost completely black.

Save this product for later